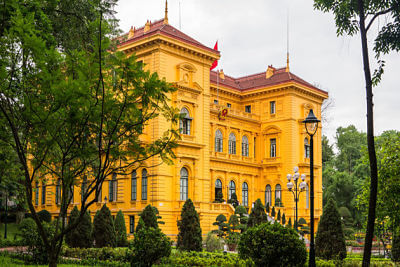 The Impressive Influence Of French Architectural Culture In Hanoi

The outstanding architectural works bearing the impression of the French characteristics are creating their own marks and unique touches for Hanoi. Over nearly a century (the late 19th century to the first half of the 20th century), the French colonial architecture with rich style had left Hanoi with a valuable architectural heritage.

Let’s start a journey through the most gorgeous and impressive French architectures in Hanoi! 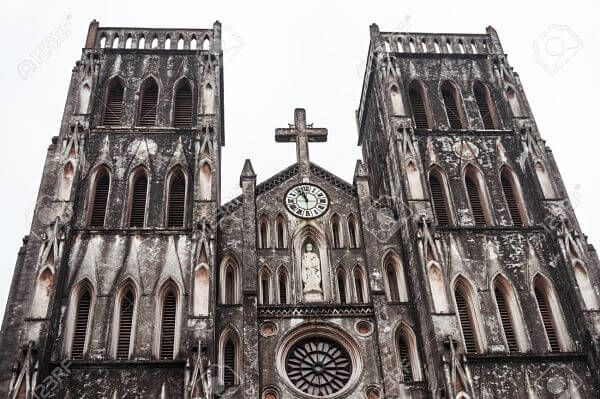 Located in the city center, near the famous Hoan Kiem Lake (also known as Sword Lake), St. Joseph’s Cathedral is one of the most well-known and unique architectural works of Hanoi and a famous tourist destination for both locals and internationals.

Especially, during Christmas holiday, St. Joseph’s Cathedral, preferred calling by the name “Hanoi Main Cathedral”, draws a huge number of Catholics and young Hanoi locals to visit and enjoy the festive spirit. Moreover, Hanoi Cathedral is not only the Cathedral of the General Hanoi diocese but also is one of the earliest Christian buildings.

The present location of the cathedral once belonged to a famous pagoda – Bao Thien Pagoda. The pagoda was built in the Ly dynasty, under King Ly Thanh Tong’s reign in 1057.

During the Ly-Tran dynasties for nearly 400 years, Bao Thien Pagoda occupied an important position as the Buddhist center of Dai Viet capital.

In the early 15th century, Bao Thien pagoda was heavily destroyed by Minh enemy and many precious treasures were lost or damaged. Although being restored under the Le Dynasty, at the end of 18th century the pagoda got destroyed again in a big fire, caused the monks moving to another place. Since then, the pagoda was abandoned.

After the French took over Hanoi twice, Hanoi Main Cathedral was built by the Catholic Church to replace the old wooden architecture on the Bao Thien Pagoda in the context of Hanoi’s transformation into a new Western-style urban.

The construction was inaugurated at Christmas in 1887 but during that time, the place remained deserted and isolated. It was not until 1890 that a new street built and leading straight to the Sword Lake put the church in a favourable location in the urban space.

One of the most spectacular church architectures of Hanoi

St. Joseph’s Cathedral is designed in European Gothic style and influenced by the work of the renowned Notre Dame Cathedral in France.

On the two sides are two soaring bell towers. In the middle is the lower block that ends with a triangular shape at the top and a crucifix creating an impressive highlight.

Most major doors and windows are decorated with typical Gothic arches style. Besides, all of the windows amaze onlookers with holy paintings in stained glass, bringing the natural light into the church with magical colors.

In general, the work bears in itself the European Gothic architectural style but doesn’t forget the harmonious combination with the local architectures, reflected in the system of terracotta roof tiles and the interior decoration of Vietnamese traditional style. Thus, the cathedral is a distinctive and outstanding representative of the East-West cultural exchange.

For more than 100 years with the ups and downs of the history, Hanoi Main Cathedral remains standing stronger as ever and becomes a center of Catholic activities of Hanoi.

Other equally splendid and breath-taking French architectures in Hanoi

Hanoi Opera House is a popular architectural work for art performance located on the August Revolution Square, at the beginning of Trang Tien Street.

The French started the construction in 1901 and completed in 1911, in the form of the Opéra GarnierTheater in Paris but with smaller stature and using materials suitable for local climatic conditions.

The work of two French architects Harlay and Broyerbrings many colours and architectural features of theatres in southern France into the indigenous cultural identity.

Although the octagonal shape bears many features of ancient Chinese architecture, the roof architecture reminds of the Keo Pagoda’s Bell Tower with a three-layer roof system with continuous paint on top of each other. All of these delicate carvings give big thanks to the skilful craftsmanship of Vietnamese artisans.

Besides, the entire roof system for the display areas is structured in the form of two-layer matchbox roofs often found in traditional Vietnamese religious and belief works.

Ask any Hanoian about the most typical, beautiful, close and familiar bridge and the answer tourists receive is likely to be Long Bien Bridge.

Long Bien Bridge has become a symbol and an indispensable part of Hanoi lifestyle because it’s the first bridge crossing the Red River and more than 100 years have passed since then.

The bridge was constructed in 1899 and completed in 1902, in the program of developing traffic for colonial exploitation purpose of the French in Indochina.

Since its “birth”, the bridge has been considered a symbol of engineering science and architectural art in the early 20th century. In addition, Long Bien Bridge was the largest steel bridge Southeast Asia and the second longest bridge in the world.

Long Bien Bridge was designed and constructed by Daydé & Pillé (Paris, France). Inherited technical advances in contemporary construction science in Europe – especially steel structure, the bridge has become one of the most outstanding French architectures in Hanoi.

French architectural culture has played a crucial role in the development of Vietnamese architecture as well as the promotion of East-West cultural exchange. If you’re a fan of the harmonious convergence between culture’s architectures, don’t miss out this opportunity to discover the best French architectural influences in Hanoi. 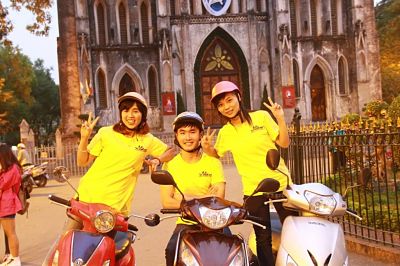 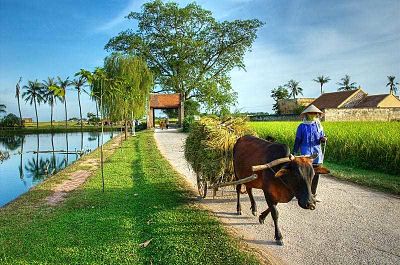 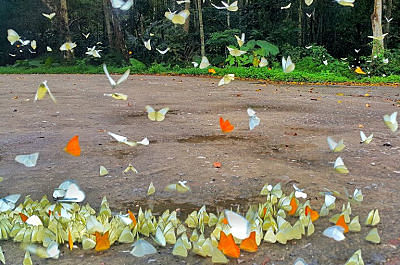